The Benefits of Oil of Oregano 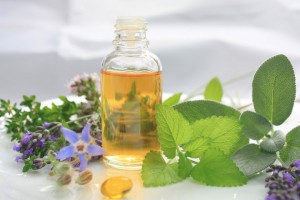 “Oregano oil is the ultimate antibiotic. Oregano is a powerful herb with unique healing properties. Did you know that oregano has eight times more antioxidants than apples and three times as much as blueberries?  Antioxidants are needed to protect our body against free radical damage. They boost the immune-system naturally. Oregano Oil is the most potent plant oil in the world!

The distribution of oregano oil  started in Ancient Greece. In Greek the word oregano is translated  as joy of the mountains. The Greeks were first to use oil for medicinal purposes, such as a powerful antiviral, antibacterial, antiseptic, antifungal agent and also as a remedy for pain, and inflammation.  It was the main antibacterial tool used by Hippocrates. Oregano leaves were traditionally used to treat illnesses related to the respiratory and digestive system.

Phenols including carvacrol and thymol. They act as antiseptics and antioxidants. Terpenes including pinene and terpinene. They possess antiseptic, antiviral, anti-inflammatory and anesthetic properties. Linalool and bonreol are two long-chain alcohols found in oregano oil. They exhibit antiviral and antiseptic properties. Esters include linalyl acetate and geranyl acetate. They exhibit antifungal properties. Although all these compounds possess healing properties, the most significant  primary compound found in oregano oil is carvacrol. Scientific research has proved carvacrol to be one of the most effective antibiotics known to science.

Not All Oregano Oil is Created Equal

Real wild Mediteranean Oregano needs to be either of origanum vulgare kind, or Thymus capitatus, which mostly grows in Spain. It is very important to make sure the Oil of Oregano is derived  from these two kinds. It also has to have the carvacrol concentration of 70% or more. Most importantly, oregano essential oil  does not create harmful strains in the body  and does not have side effects the pharmaceutical antibiotics do. Moreover, it is effective against a dangerous and even deadly bacteria, but does not produce biological changes in the body.  Oregano essential oil nourishes the body and doesn’t deplete it of nutrients like conventional antibiotics do. And if you look at the statistics, people in the Mediterranean live longer for the most part. Maybe partly because of oregano which is added to most Mediterranean dishes!”